This first image, the lights behind her, are from my disco ball. The sun hit the ball at the end of the shoot. The photos with the disco ball ended up being of my favorites. Some images below, are fake disco ball I edited in for the fun of it.

I had a shoot with this stunningly, beautiful & funny 13 year old girl. The girl’s mother already knew of my thoughts on shooting girls at this age. She had read about it in other posts on this blog. She knew that I played with other girl’s hair, adding funky jewelry, editing them with makeup on (in some). With my favorites, I have fun with crazy editing.  Her mother read about how I try to show these young girls how beautiful they are. It can help these girls feel more confident with themselves, so they can spend more time worrying about other things (that is human nature, to worry…but if i can remove just one worry, then life might be a little easier. That was my goal with my own daughters & I knew it changed them. So i’ve wanted to do so with other girls that I’ve photographed since). Is it superficial to show these girls how beautiful they are? No, I do not think so, because we identify ourselves by what we see in the mirror. What we see in the mirror is who we think we are. It is our identity. The mirror shows how we look, and that in turn, defines how we feel about ourselves. And how we interact with others. If someone feels they’re ugly, then they become insecure, & the ramifications of feeling insecure, impacts how we interact with, well, everything & everyone. 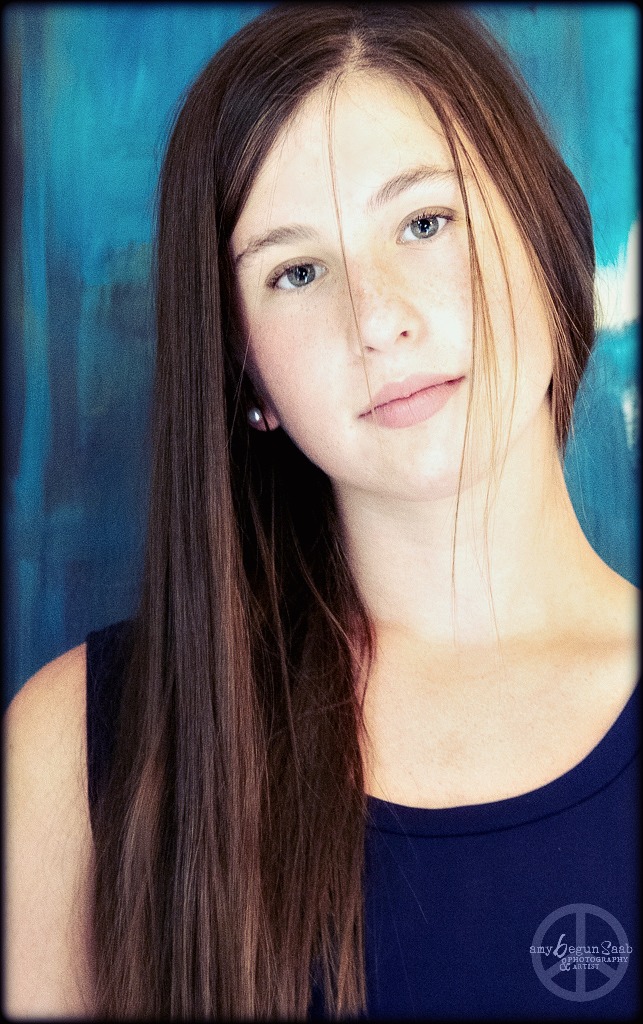 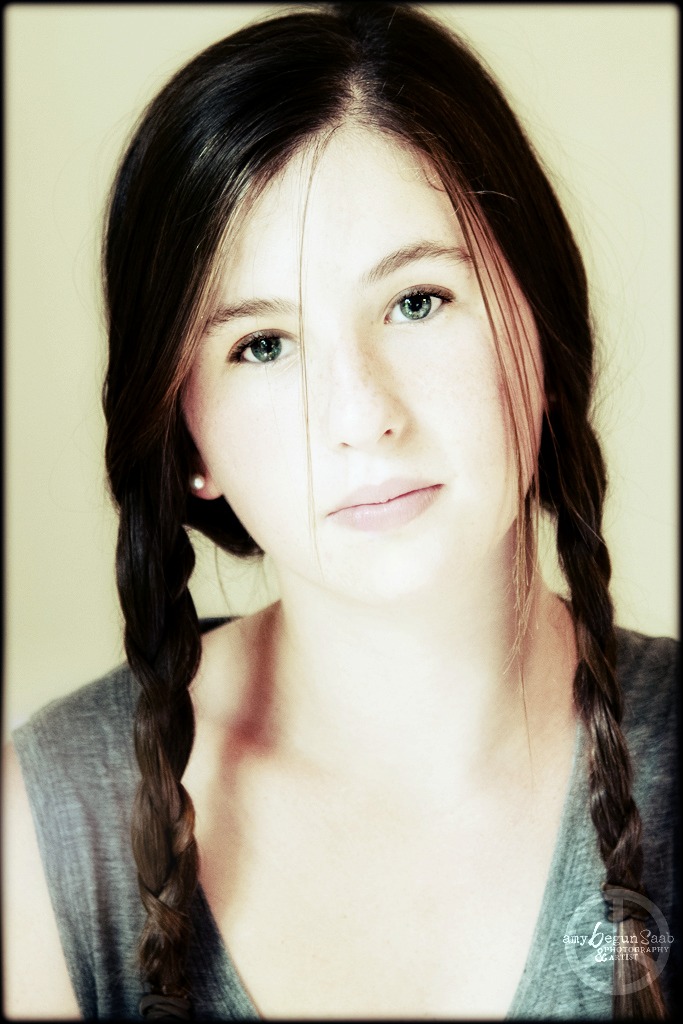 When my daughters were 13, all those insecurities of becoming a teenager came to fruition. “Am I dressing right?” “Am I pretty?” “will boys like me” “Am I…?” ad infinitum (or if a mom, ad nauseam) This is when I decided to show my daughters what I saw, when I looked at them. And after their shoots, their worries diminished, because they both understood what they look like through my eyes, and they felt they looked beautiful. And I saw that it changed them.  Everyone sees themselves via a (deceiving) mirror or in photographs. We never see what we really look like in a mirror because our image is ourselves in reverse. When we see photos of ourselves we think we “look awful” because we are used to seeing ourselves in the mirror.

I asked for her mom to get into a few photos. Almost every single mom says the same thing, “No! No, I look awful in photos” And I always say the same thing, “you won’t regret it later” And none ever have. Because our daughters grow up so very fast, to me, it is a must– having your photo taken with your child means so much more later on. This beautiful, fun girl came with her siblings, not for the shoot, but because they were in town for short time. So I asked them to join their sister. And they did. (That is her big brother pretending to lick her face:) One thing that I do, that most photographers don’t, I first get rid of photos of eyes closed, or mouths open from talking…but after I do that, I edit every single photograph & give them ALL to my client, on a USB drive. This shoot, I gave them almost 300 images (many are multiples of one edited in different ways). I’ve got blurry images of her brother & sister laughing with her. I sent those along with the good ones, because of the emotional response one feels when seeing laughter captured. Those may not end up in a frame, but I know they wont be able to help themselves from smiling when they see them. 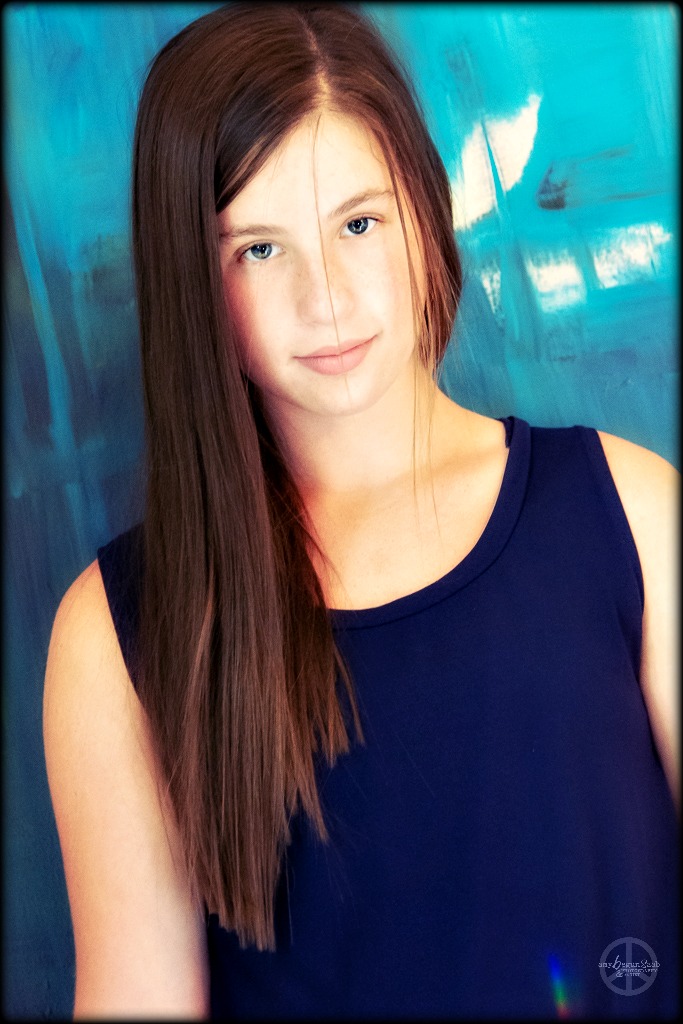 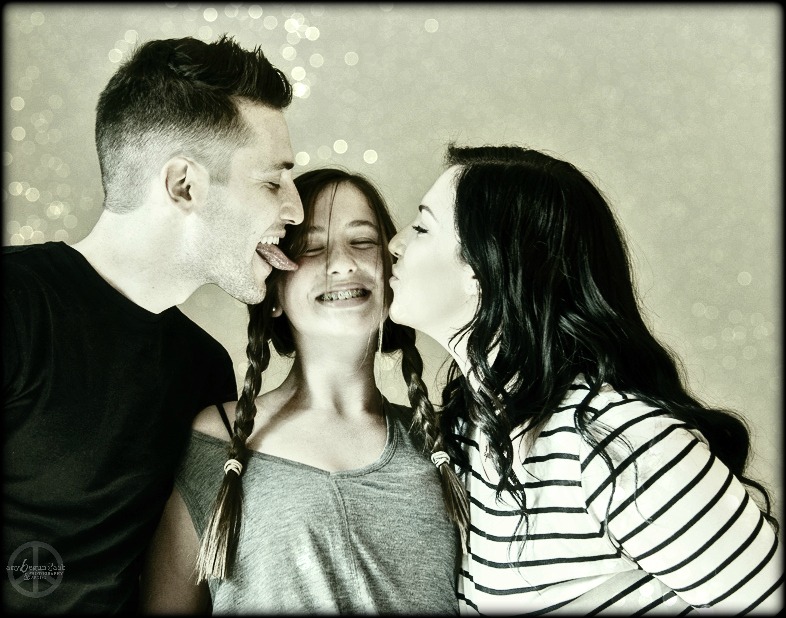 I took some photographs for a friend of mine about two weeks ago. This wasn’t one of the dress up kind, just a normal family shoot at the botanical gardens.  I’d photographed her daughters before. A week or so after the shoot, my friend told me that one of her daughters asked her, “Is Amy going to mess with my hair?” I asked her how she answered, she said “probably” In this kind of family shoot, the only messing of female hair is to ask them NOT to put their hair behind their ears, as they usually do. I still took the first few photos with their hair behind their ears, then told them to stop it (and I fluffed their hair up a bit). I sent a before & after to them, just to see how big a change something so simple can change how we look.

There it is. I’m done rambling.

A huge thank you for allowing me to put these images here!!!