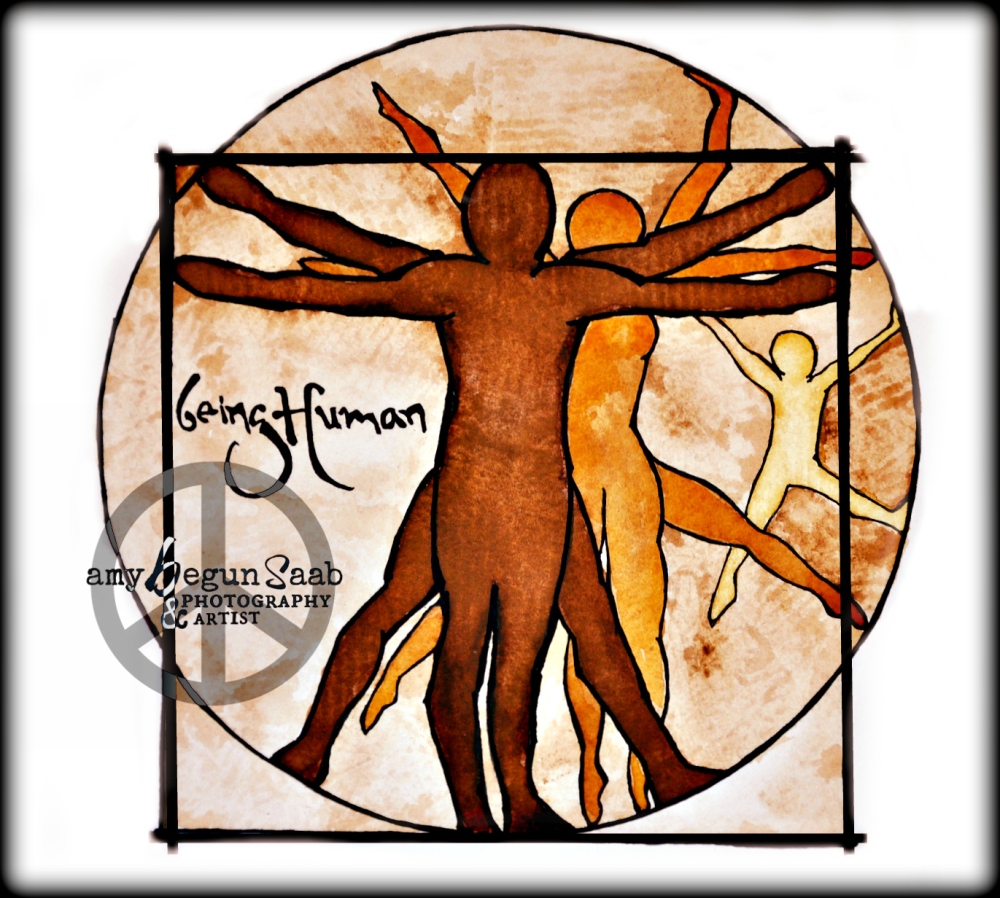 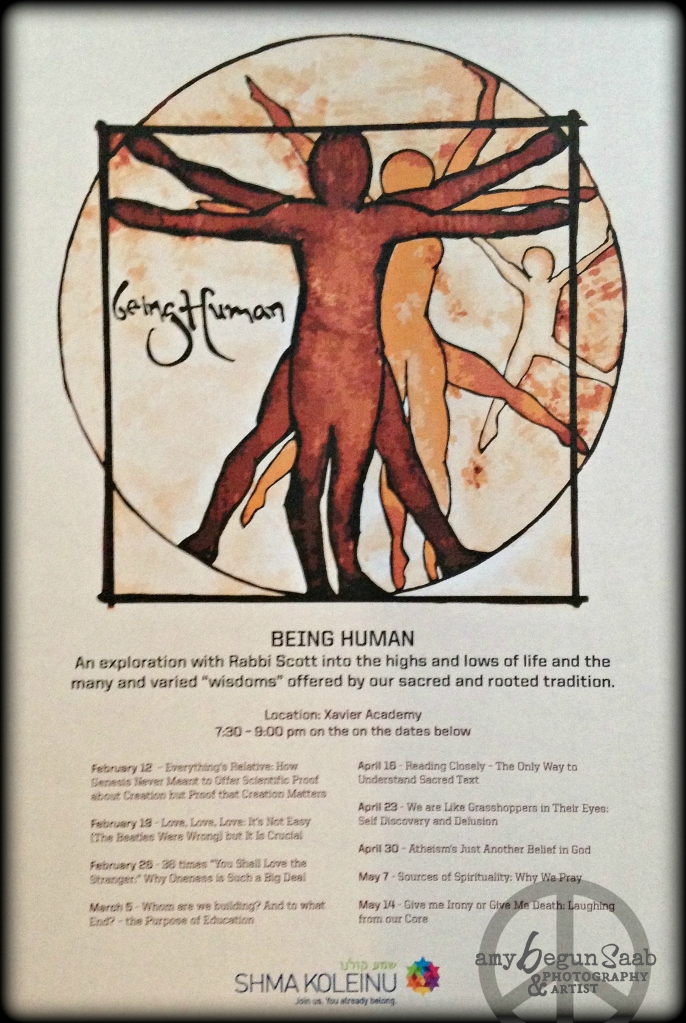 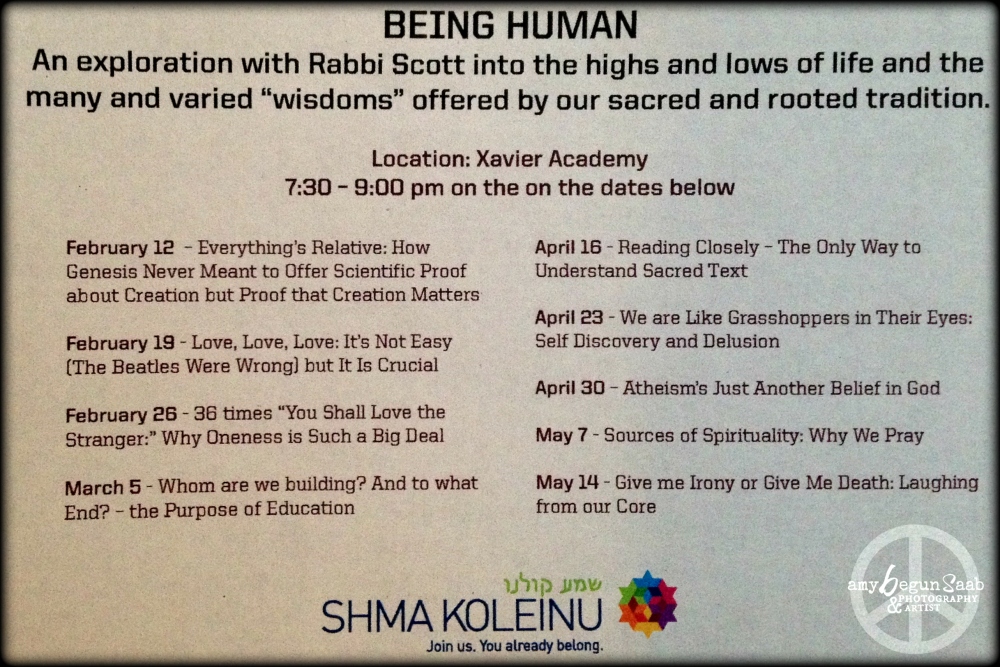 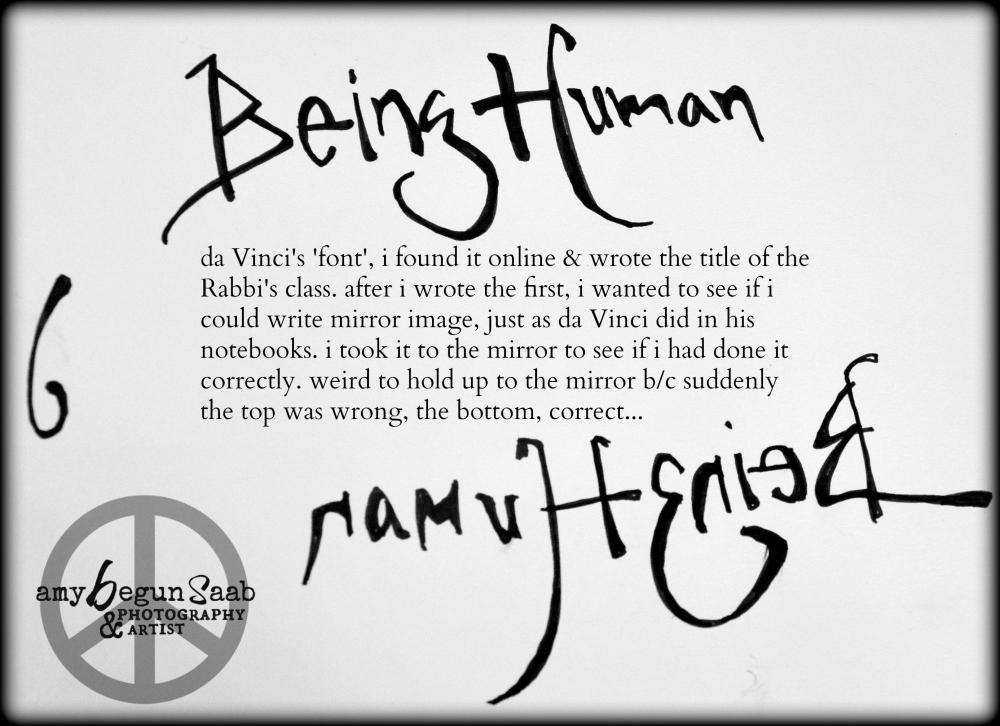 This is a commission i finished for a Rabbi in Texas. Rabbi Scott commissioned me to create a logo for his classes. He is based in Texas, Shma Koleinu…Rabbi Scott suggested Da Vinci’s Vitruvian man for the logo. The name of his classes? ‘being Human’.

I told him that woman & children are human too, may i add them? Yup.

These are the questions i posed to myself before creating the sketch for approval.

I know i had to put the man, centered, to be recognized as the familiar Vitruvian man. It bothered me that the woman had to be behind the man, as women have been throughout history. I noticed in the Da Vinci’s drawing, the man was confined to the square…to break down man into the simplest of shapes, to begin to draw him, he is made of triangles & squares. Made from straight lines. Woman, drawn, are created from circles & ovals, curves. (Of course, muscle, sinew, fat, soften us all…some more then others) I decided i wanted the woman touching the circle as much as she could reach…i have her pushing against the circle with her a hand, as though trying to escape the roll women have been confined in throughout time. Trying to break through the glass ceiling.

Men have held power because they are stronger & more confident–testosterone does that. (Science has proven that if women stand up straight, have better posture, then they produce more testosterone thus becoming more confident, extraordinary, don’t you think? Women, put those books back on top of your heads!) Men have fought the wars, built buildings, plowed the fields, hunted the forests…they no longer need to do this as they once did.

Strength was needed throughout history. We live in a time where we rely on what already exists.  Women can live & work in almost all the fields available to men. Women are in the news, still begging to be heard,  wanting their rights as equals. Because today, we are equal. i believe we have found our voice & we walk taller for that.

To draw a man, his lines are hard, as in Da Vinci’s Square. Straight lines do not bend. Women are drawn from circles, women can bend, thus making change possible.

What does not bend, will eventually break.