This beautiful puppy is Oliver. This photo was taken a few days after i adopted him from The Greater Birmingham Humane Society. There are vets that offer your adopted pet a free first check up. I showed this funny Harry Potter scar on the top of Oliver’s head. The vet said it was nothing. He was so very wrong. I noticed Oliver had started losing his fur around his eyes. Different vet, same clinic…diagnosis? Demodectic MANGE. She said that it was from his mother. It isn’t contagious to people or other animals. The bad news was that Oliver will continue to lose fur for a while. She was right. He was almost bald.

His fur grew back, most of it. I went back for more medication to prevent the mange mites from returning. And he has been ok. The medication rids Oliver of fleas too. But he has been scratching all the time. I waited another week to see if the meds would make him stop scratching. They didn’t.

Today i took Oliver to the Hoover dog park (best dog park ever) I noticed after he got wet, that he had bald spots on his hind legs, so i looked closer & noticed he is losing his fur in front of his nose & the top of his muzzle. I was so angry.  Both of us went straight to the vet from the dog park. My jeans were soaked, Oliver was wet & muddy…and we had to sit in a room for a while. Doc comes in & i am upset because i just spent $60 for this medication & its not WORKING (dammit!) Turns out Oliver has a bacterial infection. He has to swallow his antibiotic meds twice a day for a MONTH. I was told he will have skin issues for almost two years. I said i am dirt poor & i adopted a dog that requires all this extra medical care.

I have the worst luck, and the best…because Oliver is very lovable.

Oliver playing with friends. Please note the water above, that is what the water looked like in person, but note the color change on the two below. I took out a lot of the yellow, but couldn’t match the correct color of the water/dirt. 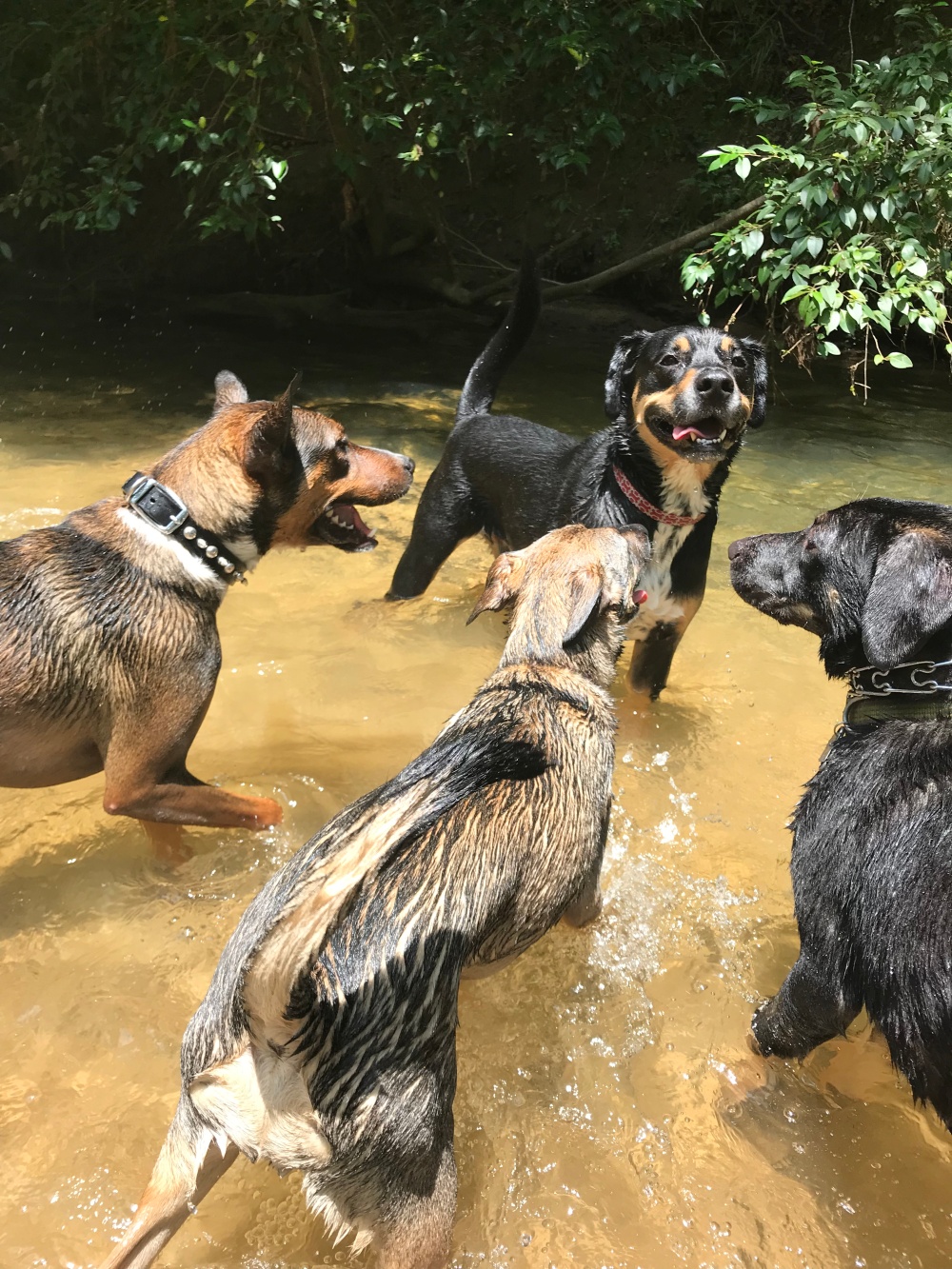 I ask a friend to take some shots of us together. 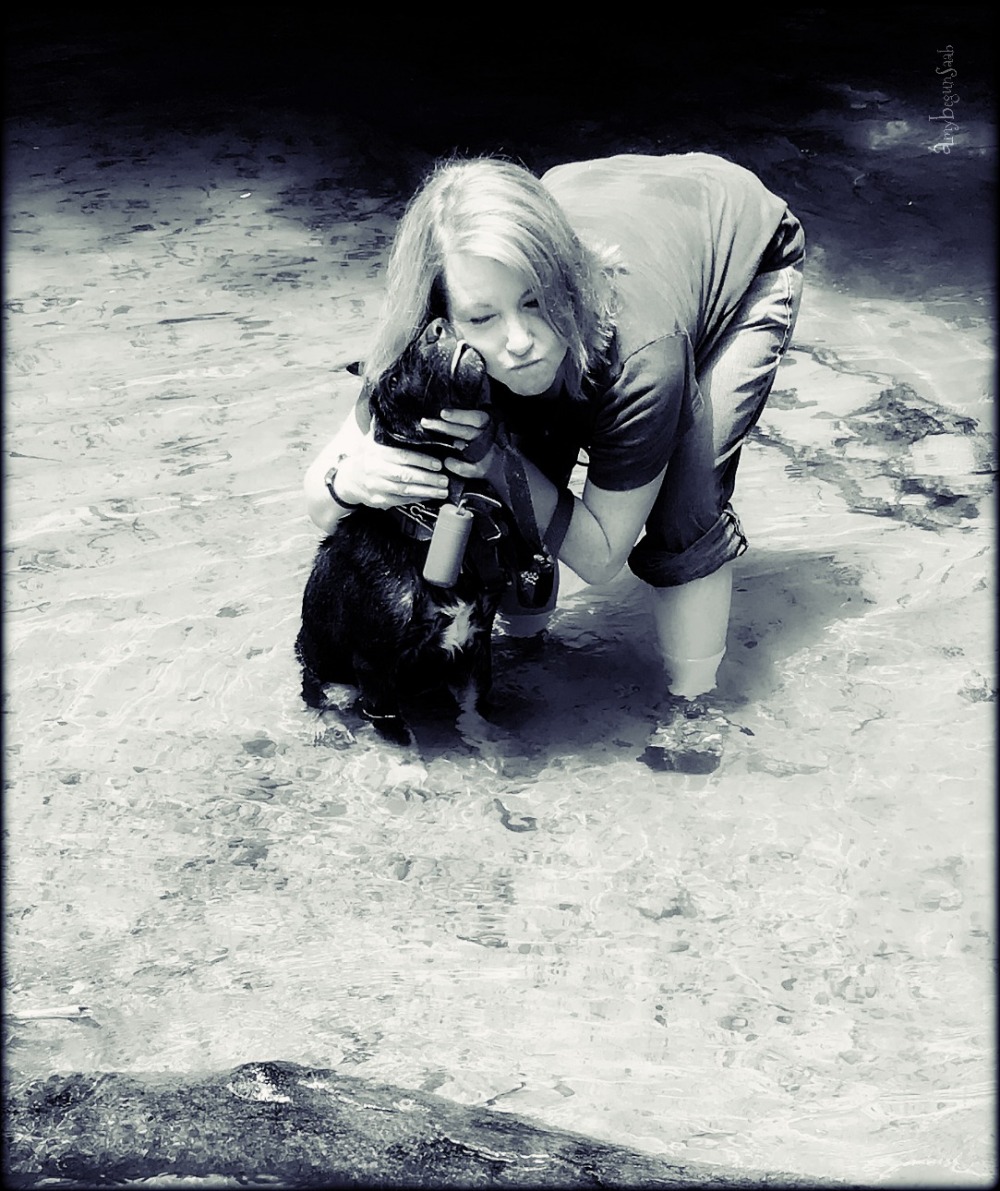 i got lots of kisses. The Hoover dog park is really named, ‘Loch Haven Dog Park’ it has a track for walking. Playground for kids. Two fenced in yards, one for the BIG dogs, the other for the wee ones. Beside the walking track is this river/creek and there are always dogs playing in the water. It is fantastic…unless your (damn) dog takes off because he (Oliver) wasn’t leashed for five minutes. When i finally caught him, his punishment was leaving the park. Yes, he cried the whole way to the car.

all images here were shot with my iphone.