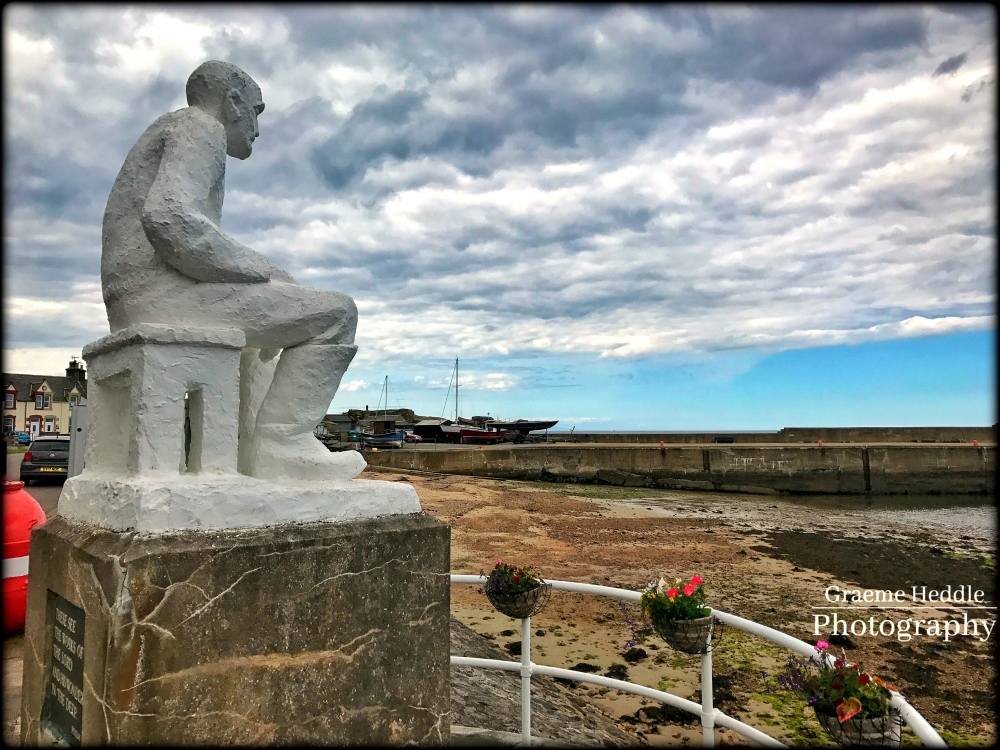 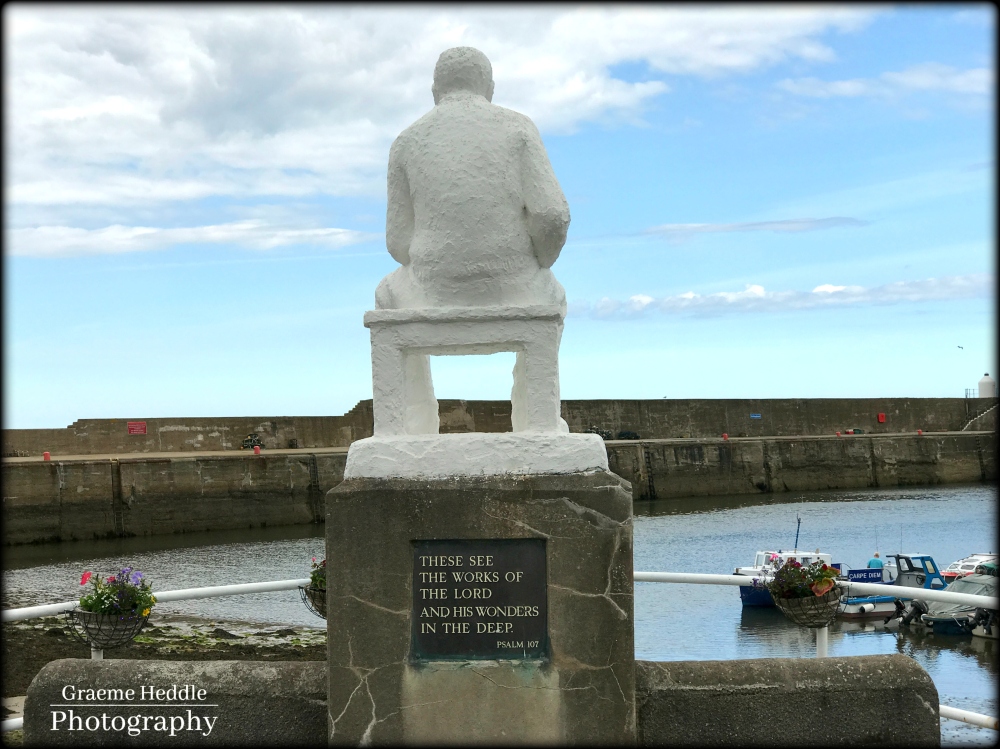 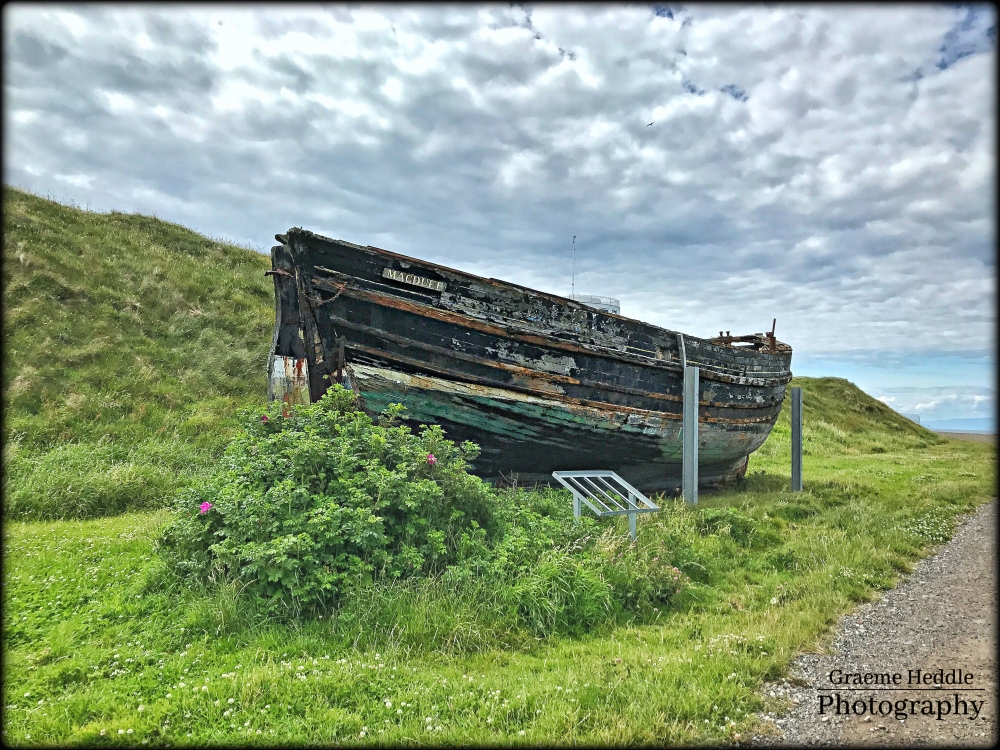 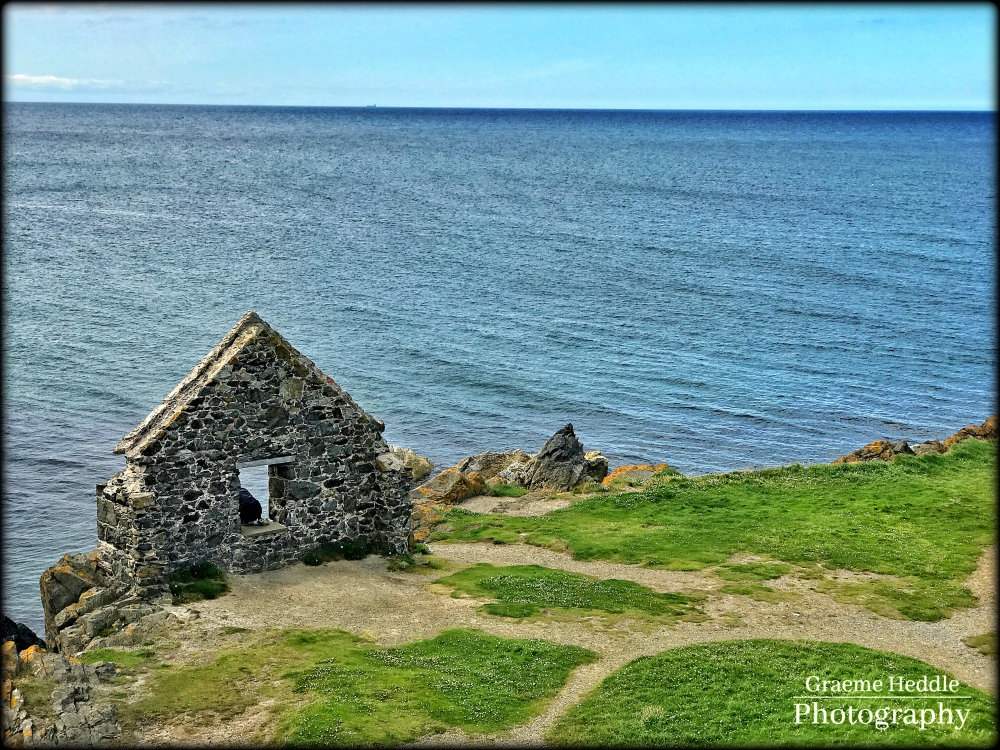 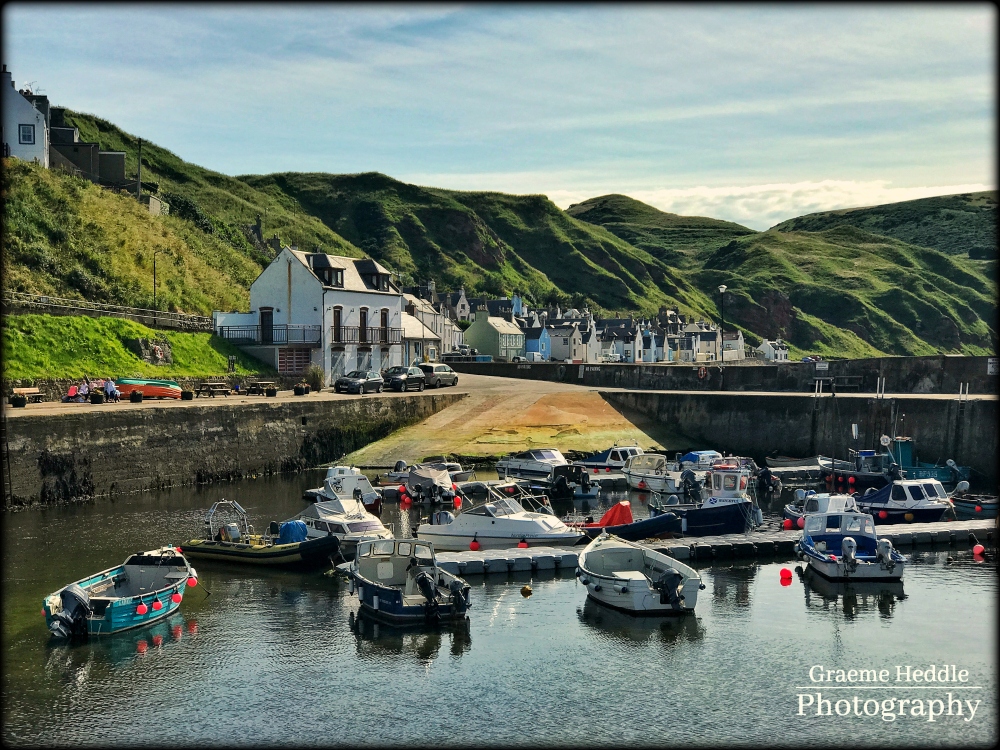 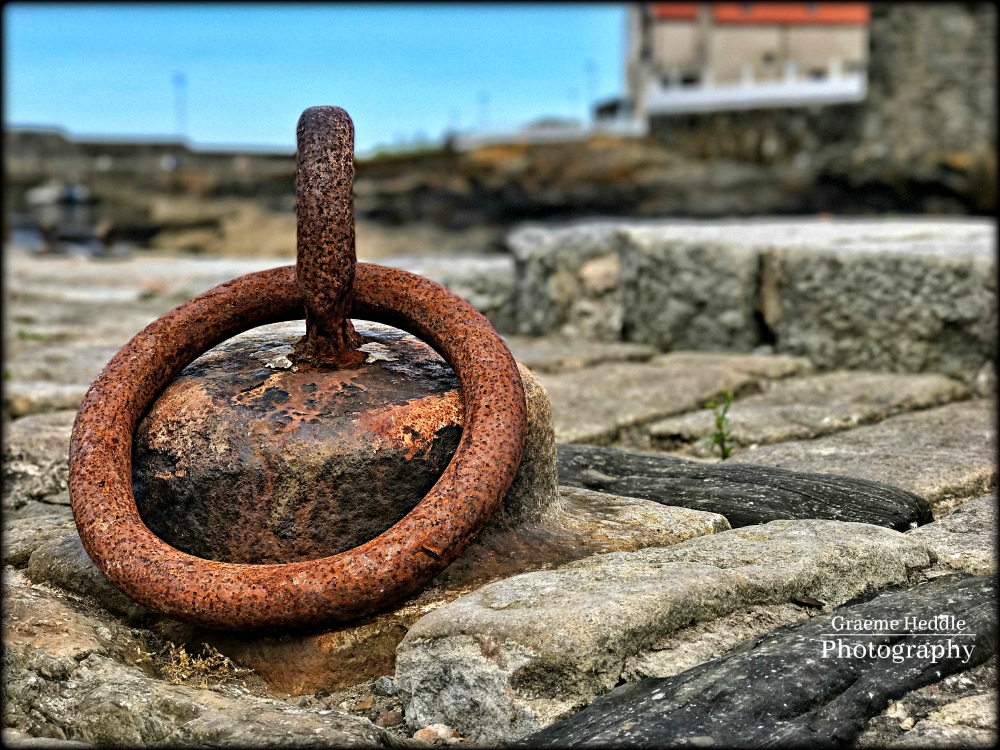 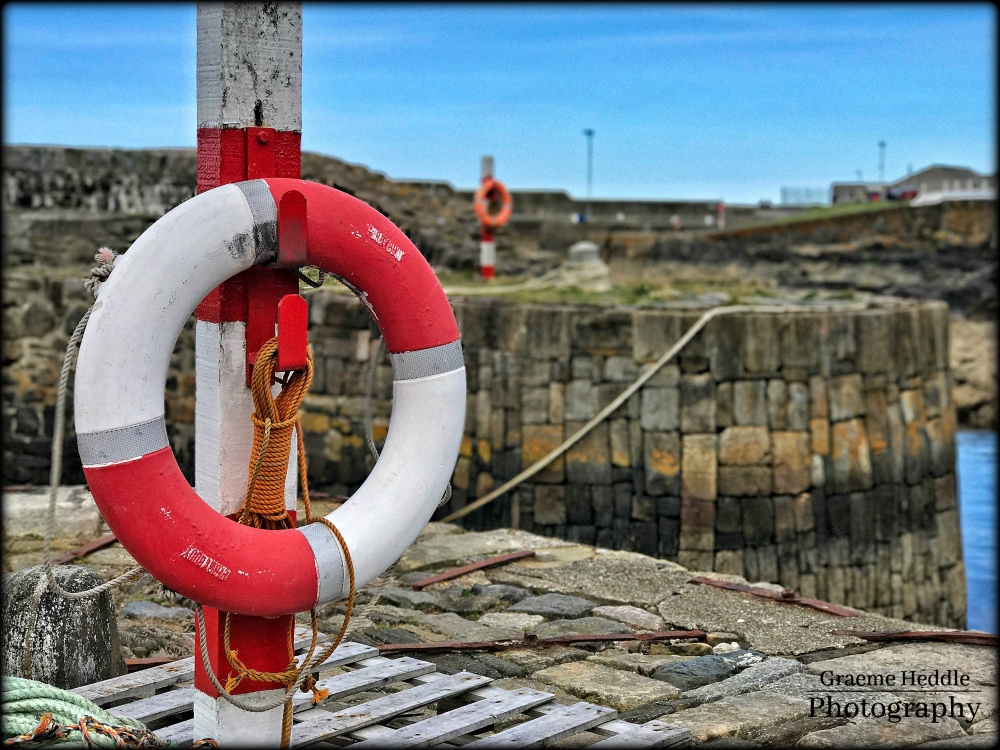 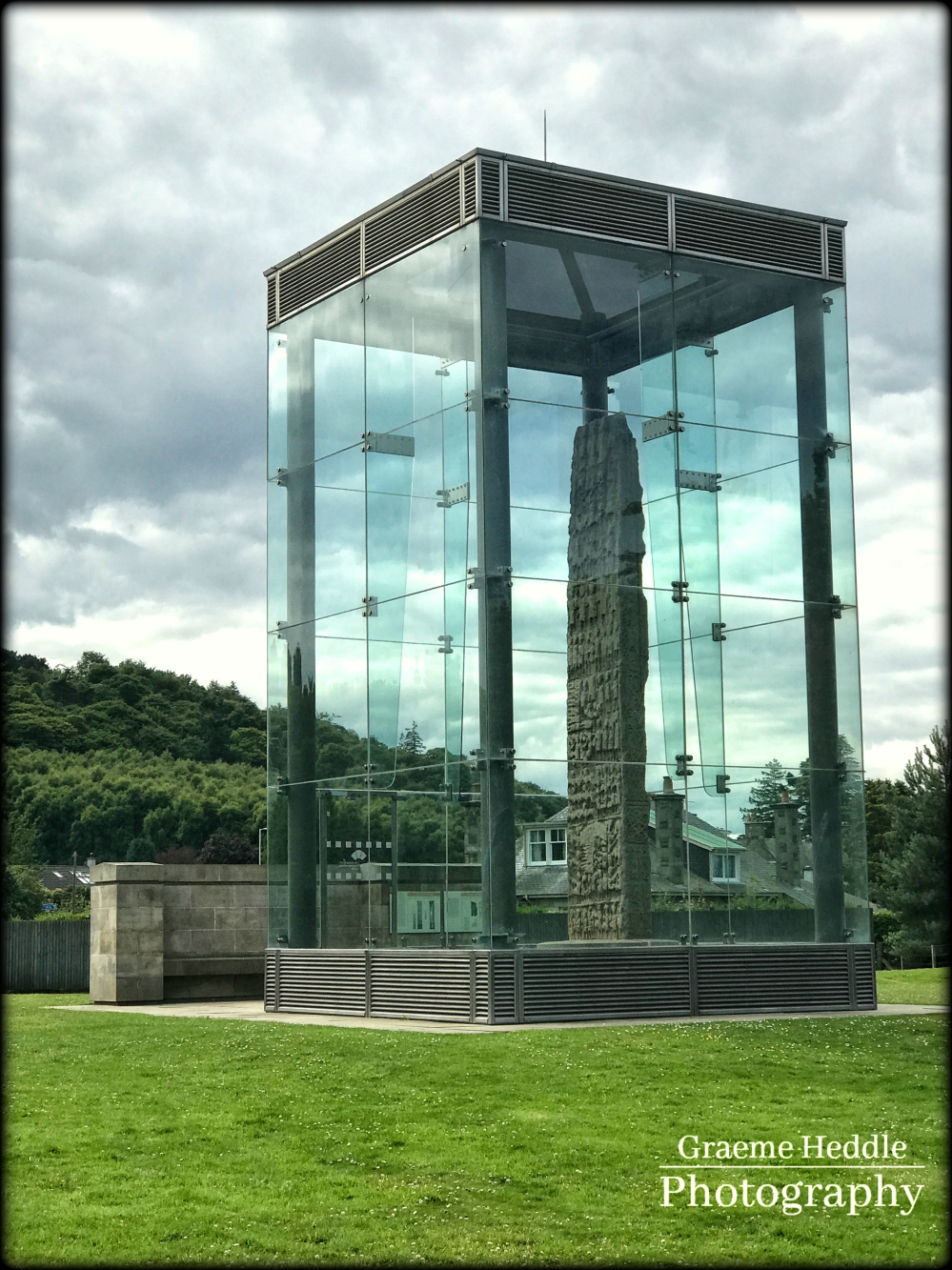 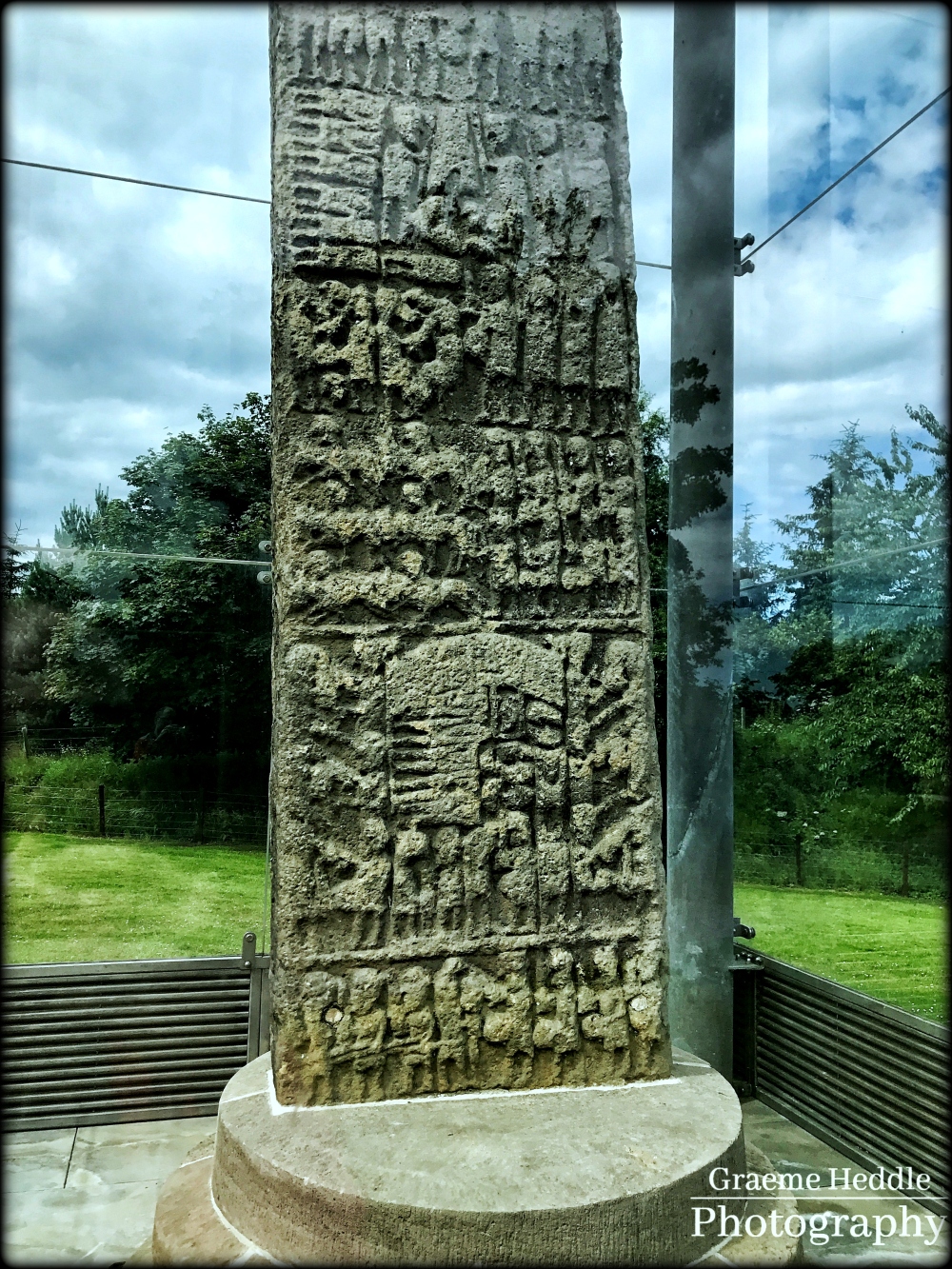 The history of the stone according to Graeme, “It’s called the Sueno’s Stone. It’s a 9th century Pictish carved slab. The Picts were an ancient people from the east of Scotland…until the Vikings & the Irish Scots came along and wiped them out.

i responded, “Irish Scots?! Who were they?”

I consider Graeme to be my modern day pen pal. The best part of blogging is meeting new people from around the world. I write to a man in Iraq who wants to learn English, another woman from New Zealand, a woman from South Africa, a wonderful man from Ireland. Do i ever get anything done? no. But my world is bigger for it.

I got another history lesson from Graeme, a more personal one. I told him both my great grandparents, on my mother’s side, came from Scotland. My maternal great grandmother left Scotland alone, at the age of eighteen! I didn’t inherit her courage. She arrived in Canada & shortly thereafter, immigrated to America. She settled down in Vermont.

I grew up hearing both Yiddish & Gaelic mixed in with English. At times my mother was able to mix, all the above, in one sentence. When i was a teenager, i asked her to tell me which words were Yiddish and which were Gaelic. When i become angry, i can mix them up just as well as my mother did (or still does…i don’t make her as upset as i once did) I wanted to know what my DNA said about my origins. My father is Jewish & my mother Scottish.  My DNA (23andMe) came back saying i was 47% Ashkenazi Jew & the rest, Irish, with a splash of English.

I asked Graeme about it, i told him my Scottish great grandparent’s last names…Morrison & MacAuley. This is what he wrote, “The Irish Scots (Scoti) are the people that gave Scotland gets its name. They moved from Ireland during the Dark Ages and occupied the west of Scotland for hundreds of years. Slowly moving east. They were basically the Celts of Scotland.”

And about my family names, he wrote, “Morrison and MacAuley have Irish origins. They’ve anglicised versions of the original Irish Gaelic. “Mac”  means “son of”. Then the name of the clan they belonged to. MacAuley translated to son of Amhalghaidh. Looks like you’re pure Celt”

That is when i informed him that i’m (half, genetically) Jewish. What is amazing, is in Judaism, “Bat” means “son of” and “Bar” means “Daughter of”…i read a book called, “When Scotland was Jewish” Scotland was a safe place for Jews to go, when the they (and sometimes Muslims) were banished from England, once in the middle ages, and another about the 17th century, according to the book. Scotland’s Universities were the first in the world, where one could attend & graduate without being Catholic. I should ask Graeme what he knows about that. I love history & he is brilliantly cool.

I do hope you’ve enjoyed seeing Scotland through the eyes of a native. And i hope Graeme inspires you to know your history. and learn to shoot photographs as well as he does.

I highly recommend that if you do not know your origins, or at least think you might, to have a DNA test taken. I used 23andMe…the information that comes back is amazingly detailed. And it reminds me that we all came from somewhere. We are all a result of strong survivors. For thousands of years, there was the journey of our ancestors, who lived through the unimaginable to create us. Don’t you want to know who they were?