Did the title get your attention? I hope so, i hope it felt like a punch to the gut to women & men who have been abused. The title is to catch attention of mothers, daughters, sisters, friends…we all have women in our lives, but we don’t know what goes on behind closed doors, but maybe this might help someone else.

I believe some women who are in an abusive marriage have Stockholm Syndrome…let me explain.

She said. “and i know what causes Fibromyalgia”

I just looked at her, trying to understand this…Non Sequitur. We had been talking about Hilary Clinton & women voting & she says, “There is NO such thing as Domestic Violence…”

She said, “I want you to try & remember the first scary movie you watched as a teenager. My first was Jaws. I remember sitting in my theater chair, listen to the music escalating…you know something bad is going happen when the music changes…I remember the music in the movie Jaws. I remember wanting to crawl under my seat, cover my eyes, run out of the theater…but at the same time, I knew that it was only a movie…my survival mantra was, “It’s only a movie, it’s only a movie”…the rational mind is slow to follow the quicker ‘Fight or Flight or Freeze response’ & that is what I felt when Jaws came shooting out of the water, do you remember that feeling? Your muscles tightened,  you started sweating, couldn’t catch your breath…so tense from being afraid. Do you know what I’m talking about?

“Oh, my God, I knew you were unhappy & got better after the divorce. Was he that scary? Did he beat you? I didn’t know, WHY the Fuck didn’t you tell me?” I said and/or shouted…

“I wasn’t ready. But I am now & I want to help other women get out. I want people-mothers, daughters, sisters, grandparents, friends, clergy, everyone to recognize the signs.”

“You didn’t say men or fathers, why?” I asked her.

“Men do not want to hear or listen to stories of domestic violence, whenever i’ve attempted to tell men, in my family, of my troubled marriage, they would mumble something-like, ‘that can’t be right’ and they would turn tail & run. I truly believe everyone has wanted to smack a family member at some point in their lives, or perhaps they believe they went too far once…and believe themselves capable of evil, just for having thought of it. It is totally normal to think, “damn, I want to smack that smirk of his face” it is quite another to act upon this feeling. That is why i don’t think men will listen, because they’ve felt like hitting a woman before…where they evil too? No. only if you act upon it once, and again & again. Let me ask you something, did you think I was a shrew near the end of my marriage? When my ex-husband & I were together for Church?”

“Yes, I was upset that you seemed so bitchy & angry all the time & your ex seemed so happy. I didn’t understand why you didn’t feel lucky to have him” I answered.

“That is one sign to look for…it is not just domestic violence, it is Domestic Kidnapping. Because that was my reality.  An abused woman, i believe, suffers from Stockholm Syndrome. Loving & excusing her abuser because there isn’t anything else she can do. trapped by shame, embarrassment, pain, self loathing, weakness & she just deserves this pain. She, sometimes, feels it is only safe to show her anger & hatred for her kidnapper when in the company of others. This never works…because she just looks like a bitch, and he the hero for suffering her anger”

She brought me notes she had taken from her year or so in therapy, notes from-Harvard Health Publications–Harvard Medical School. She said that if what she had to say seems crazy, then she need information from a credible sources.

She, I will call her Rachel…told me during therapy, her therapist said she hears women saying horrible events that are done to them, by their husbands or boyfriends, but then at the conclusion of relaying this information (horror) the abused victims say, “But he can be really nice.”

Rachel said to her therapist, “It is like Stockholm Syndrome” and her therapist freaked out. She said, “OMG, i never understood why women share these stories & then defend the action of the abuser! That is why!!!” Rachel’s therapist said this. and that was huge validation for her.

Rachel said she HAD to connect the dots to justify living with him one more day, or she would kill herself.

I looked up Stockholm Syndrome: “Stockholm Syndrome, or capture-bonding is a psychological phenomenon in which hostages express empathy & sympathy and have positive feelings toward their captors-Sometimes to the point of defending and identifying with them.”

She told me the perfect example of what Domestic Kidnapping really is. Amazingly, Rachel said that it was the movie, ‘Frozen’–that she SAW what happened to her. “The Perfect Man”

Rachel asked me if i remembered the song, ‘Love is an open door’, sung by Anna & Hans upon their first meeting. I told her i did. Rachel asked me if i remembered how the two sought to marry immediately. Her sister’s reaction was, “no, you just met…” throughout the movie Hans plays the hero, in front of everyone, in front of us. Then he takes her in a room. to warm her by the fire, to save her life. Then he closes the door to world outside & that is when WE ALL are completely blindsided & shocked by what he really was. Pure EVIL. We liked him, we wanted him to be the perfect man for her.

We wanted the love story. Imagine what that is like for a real woman. It happens a thousand times a day. To fall in LOVE with a performance of an abuser, then to find out he was a lie & you fell for it. He tricked you & now you are married to a monster. The humiliation & the shame to have been caught-captured & held against your will. and then to become diminished by his actions.

The perfect man, Rachel called him “The Performer” She said when she dated her ex, she was so totally in love. They were a brilliant match, they loved the same things. He told her she was beautiful, sexy, smart…and he could make her laugh. She said they could talk for hours. She said, “He made me believe in Soul Mates” But after the beautiful wedding & their honeymoon…she came home from work & He didn’t kiss her back like he usually did. He seemed cold or angry…He said, “I OWN YOU NOW & i have the papers to prove it”

Rachel said she never saw the man she fell in love with again. They stayed married for 15 years. But in public, he played The Performer & she had to watch. She said she felt like she was dying on the inside.

She said, “I wanted to scream at the top of my lungs, “that it’s all fake, he is not nice, he is so mean & hateful & Evil.” She said, “i thought i would die from holding this in. Fight, flight or freeze over & over. After the kids grew older & i became less & less me…i just wanted to die, i was in so much pain from Fibromyalgia, i just wanted to die, i prayed to God every single night to take me away”

Rachel reached a point where she felt she had to survive for her children. She went to her Minister & confessed all. AND, she says, “He saved my life”

if you have a friend, sister, mother who lost the light in her eyes…ask these questions-

1. Do you feel worried when you make dinner?

2. Are you ALLOWED to spend money?

3. Do you have friends? Does your partner/husband allow you to see them?

4. Do you worry about what mood your partner/husband will be in when he comes home from work?

5. Do you find yourself hiding?

6. Are you allowed to shop for food?

7. Do you worry you spent too much money at the grocery store?

8. Do you worry that you didn’t fold or iron your partner/husband’s clothes correctly?

9.Is your partner/husband angry & disappointed with you often?

10. Do you have to ask permission to go out with friends? Does your partner/husband dislike your friends & your family?

11.Does your partner/husband have any friends?

12. Does the your partner/husband control every aspect of your life?

13. Does your partner/husband seem close to his family?

14. Does your husband/partner spend a lot of time alone?

15. Are you allowed to collect the mail?

It is simple really.

Chronic Fatigue syndrome & Fibromyalgia is twice as common in women.

3-6 million people in America suffer from Fibromyalgia, 90% of them are women. Fibromyalgia is usually accompanied by mental health issues such as depression, anxiety or eating disorders.

1 in 3 women experience abuse at least one time in their lives.

“Having now examined numerous assholes, we observe a pattern: assholes are mainly men. Why should that be so? What explains why assholes are so OVERWHELMINGLY distributed among only one-half of the human population?”

Read the book yourself if you’d like to learn what he says about that. A good read, unless you’re an asshole–then you won’t understand it.

Women have become more powerful in the last 100 years, then in the last 2000. And now America elected a sexual predator, a rapist, a sexiest to the highest office. Is it changing the world? Yes. Women will not tolerate one we all stand up together #metoo. All U.S. states made, “wife beating” illegal in 1920. In the 1970’s the criminal justice system had (finally) begun to treat Domestic Violence as a serious crime. More women are murdered by their partners or spouses than any other way.

But still, when a woman comes forward with the truth, she looks angry, scared & defensive. WHAT THE WORLD NEEDS TO UNDERSTAND IS THAT SHE WAS BRAVE ENOUGH TO ESCAPE HER KIDNAPPER-thus saving herself & her children (and pets) from having to remain in Hell…SHE MUST BE SEEN AS A HERO. STRONG & BRAVE. Because that is what Rachel is.

Signs to look for…and it is our moral obligation to help those in need. (Believe this, if nothing else, if you save one woman-that makes you a hero. And we all know the world needs more of those) 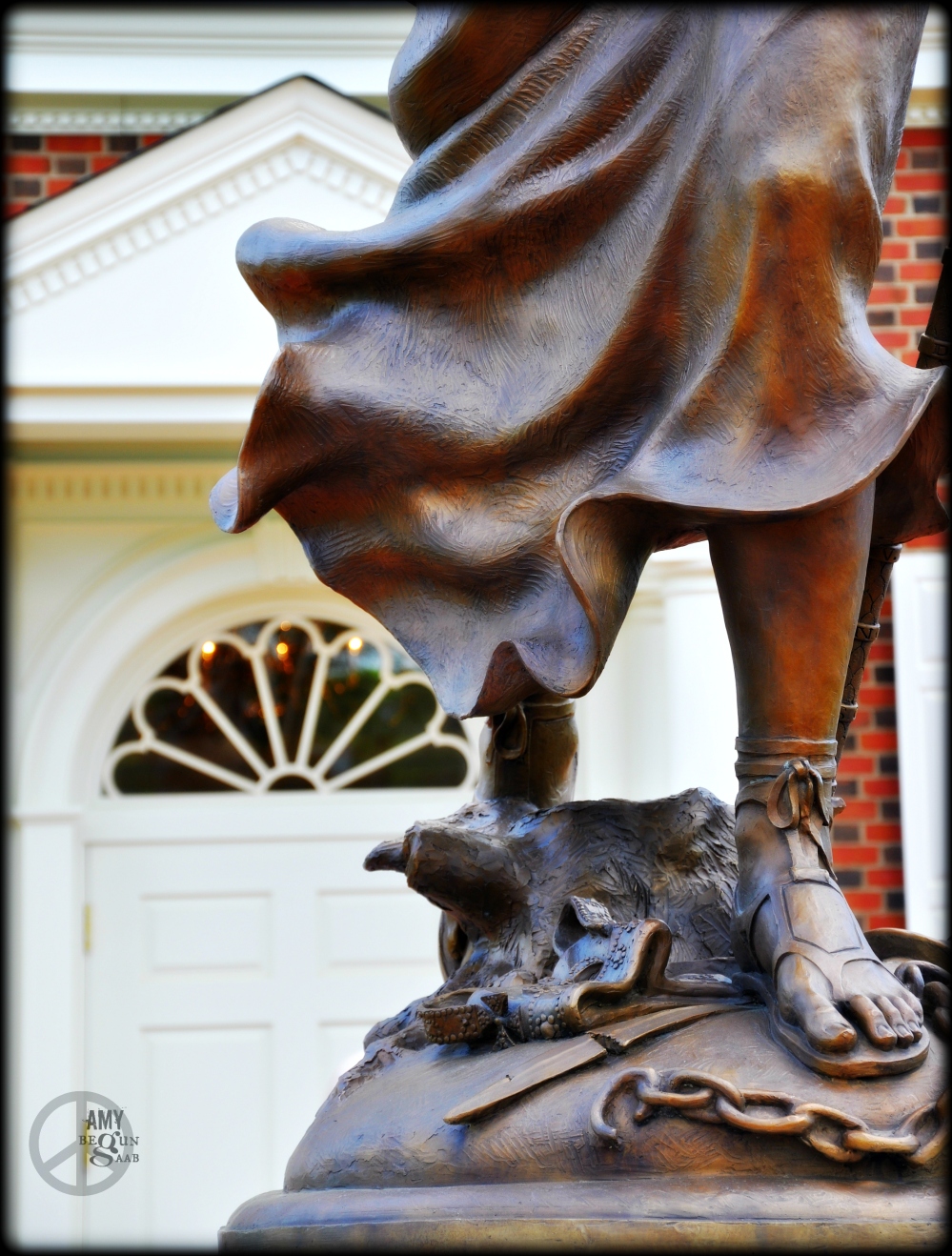 If i missed something, please let me know. This last photo is for Rachel who is now free.