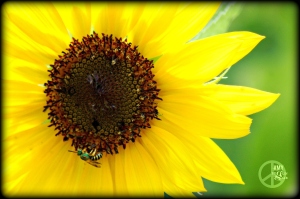 really. i want to test my theory. i want to know if the dots i connected are true. unfortunately i have to write about something no one gives a shit about. which is domestic violence. it is everywhere, but then throughout time, it always has been. i kinda know people don’t really want to read about the same old issues that don’t concern themselves. i’ll just make a few short sentences to see if someone agrees with me. here are some facts

3-4 million children between the ages of 3-17 are exposed to domestic violence every year.

an average of 3 women are killed every single day by their partners.

1 in 3 women experience domestic violence at some point in their lives.

ok. so we’ve all heard about this, filing the information in the “doesn’t concern me” part of the brain. but some of these women have children, what about them?

kids are being diagnosed for ADHD at a higher rate then ever before.

4-6 million children, ages 4-14 have been diagnosed at some point in their lives-a 16% rise since 2007 &  a 53% increase over the last decade. typically signs & symptoms of ADD/ADHD appear before the age of 7. really? what are the signs?

exhibit signs of anxiety…Oops. these are the signs of post traumatic stress disorders in children.

the point i’m trying to make is this. if there is domestic violence almost everywhere, then it MUST be affecting the children who live in these homes. i wonder if doctors are asking children questions about their home life before the diagnoses? are doctors using the diagnoses of ADD/ADHD as a bandage for troubled children?

maybe health care workers should dig a little deeper into the child’s life. alone & safe…can they? if a doctor discovers the truth, is he/she required by law to consult with Child Services? the doctor may not want to tear a family apart without probable cause. i know i wouldn’t want to report a family, even if i knew the father was violent toward the mother. why? a child suffers enough & the thought of having a child removed from his mother & put in protective services, really means a troubled child would go into foster care, yes? there has got to be a better way.

does anyone one know a better way?

this is what i’d like to happen to men who abuse their wives. i’d like them to be required to join the military-a special division just for abusive men. this special division is to be deployed to the most dangerous countries, to fight. this way, the real men & women in our country’s military would be safer. these men would be paid, but a large percentage would go to his wife/girlfriend & children.  this way, the mothers wouldn’t lose their homes & fall into poverty. AND the BEST part? she wouldn’t have to be afraid of that dangerous man coming back to torment or kill her.

i also think that women who have been abused should get counseling–but just like alcohol/drug abuse systems, women would have a sponsor. another sufferer to share what happened & how to get stronger. someone to call every single day, so they know they are not alone. perhaps another women who is further along in counseling could be a sponsor. each woman would gain confidence & strength from one another.

well? i’d love to hear from some women that have lived as a captive in her own home, yet escaped it. i think if women share their stories with other women who have suffered the same way…they would be heard. AND they would have someone CARE.

oh, if wishes were horses beggars would ride…