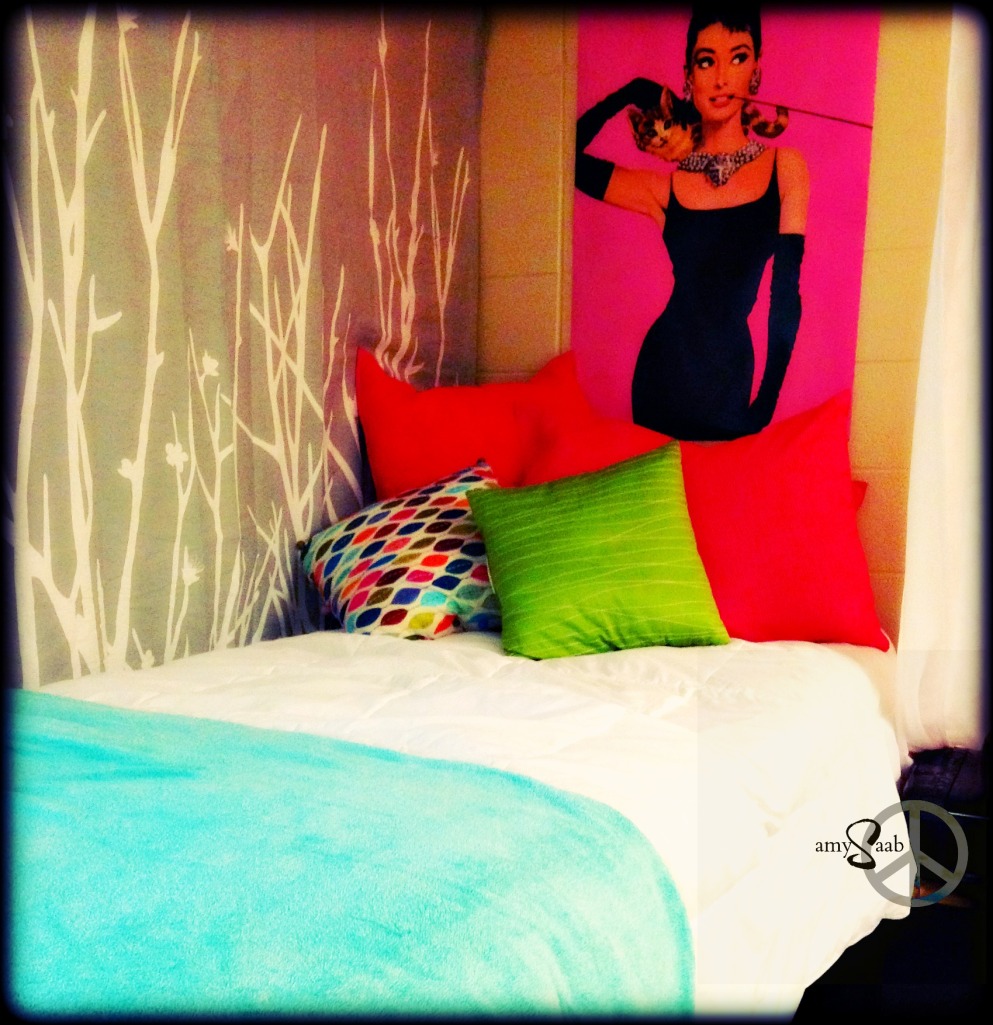 …i made sure she landed into her own. her college, in Mobile, Alabama, had dorm room walls, built with cement block. i suppose, to prevent the building from being ripped apart by a hurricane. they tend to grow in the Gulf of Mexico. she is somewhat safe from the violent elements that plague the region.

however, her room resembled a jail cell…the kind i’d only seen in movies. to soften the cement, i bought a beautiful SHOWER CURTAIN to cover the wall beside her bed…you see, shower curtains have become quite stunning, art in & of themselves. I hung the shower curtain by tucking the top into the ceiling tiles (yes, gag, like an office building). my daughter chose the drape, just one, to tuck her head behind, for privacy in a very public place.

i searched high & low for ideas on pinterest…decorating dorm rooms. i though my daughter & i did a fantastic job & she was quite happy to be rid of me when we finished moving her in.

AND that is the greatest compliment a mother can get, to see her daughter in a hurry to begin her new life. it means i have given her wings. & her own nest in which to land.

with instructions to call me. because, i’ve already flown my parents nest & remembered the joy of it. i have never had a daughter to leave me before…being left is far more difficult then leaving, is it not?

(first image is the BEFORE)